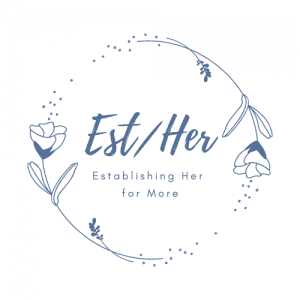 I have lived my late teens and early adulthood frustrated by the tension of imposter syndrome. If you’re unfamiliar with this loose psychological term, imposter syndrome is the term used to describe a constant fear of being found out as an unqualified fraud. In my work, in my friendships, in my passions, I live in a state of feeling inadequate and at risk of losing my position or status. While the Holy Spirit has begun to heal my heart and root my identity in Him, there are some seasons I walk through with a nagging feeling of being unqualified.

Let’s look at the life of Mary, Jesus’ mother. Scholars believe that Mary was around twelve to fourteen when she became pregnant with Jesus. While women were engaged and embarked upon motherhood earlier in biblical times than modern American women, she was still an unwed, young mother. She was unexperienced. God knew that she would face backlash for being pregnant out of wedlock, their community assuming she had slept with her fiancé before marriage. I wonder if she was marked with imposter syndrome as she carried the Savior of the world, wondering why God chose her and whether or not He really knew how unqualified she was.

The beauty of this story is that God knew and He chose her anyway. He knew she would be the object of the town’s gossip, He knew she had never parented before, and He knew that she was not royalty. Despite all of this, or maybe because of all this, He chose her to bring His Son into the world.

Mary’s response? She trusted the character of God and praised Him for favoring her in this way. She didn’t give Him an itemized list of reasons why she was unqualified for this task. She responded simply: “’I am the Lord’s servant,’ Mary answered. ‘May your word to me be fulfilled’’ (Luke 1:38).

I want to be so convinced of God’s character that I don’t question His reasons. Instead of being wrapped up in our own limitations, we’re invited to be consumed by His power. Though there may be moments when we forget, we can learn to take the next step when our qualifications seem fuzzy and our ability seems lacking.

This advent season, let’s be so enamored with Him that we don’t look at ourselves. Let’s remember that He picked the most unlikely girl to birth His Son, and He is still using the most unlikely people to accomplish His purposes. He’s bigger than our shortcomings, our deficiencies, our weaknesses. A God that can, and wants to, use a naïve teenage girl to take on flesh and save the world is a God who can’t be hindered by our brokenness and failings, no matter how daunting them may seem.

May we look at the intimidating task in front of us, take the opportunity as God’s favor, and proclaim: “I am the Lord’s servant. May His word to me be fulfilled.”

You are the name above names. Your perspective is greater than ours and your thoughts higher than ours. What a gift to trust in You, knowing that You care for us and want to live in intimacy with us. Help us focus on You rather than being overwhelmed by what seems impossible. Remind us that you show up in our weakness and teach us to walk in that trust.